Thomas Piketty, a Nobel Prize winning economist, shot to fame in his 2013 when he published his book "Capital in the Twenty-First Century," which focuses on wealth and income inequality. "Wealth is often gained and lost within three generations," says the report. This means that getting into the list, which ranks the 1000 richest people in Britain, and then exiting it, is a "revolving door." It is no longer a list that mainly features aristocrats. "The Sunday Times Rich List data challenges the idea that wealth sits in the same families’ pockets for generation after generation. The very rich are a changing cast of people," said Professor Douglas McWilliams, who conducted the research, to The ...
Read more
Posted by Dr. Antony P. Mueller at 13:03 Nenhum comentário:

How To Beat Procrastination: Magic Numbers, The 2-Minute Rule That Will Change Your Life
By Julie Petersen
Collective Evolution
“Procrastination is like a credit card: It’s a lot of fun until you get the bill.”
– Christopher Parker
Did you know that the Dalai Lama was known as one of the world’s greatest procrastinators? As a student, he was used to delaying everything until the last minute. Should that make us feel better about procrastinating? No. If you think about it, he was doing anything but wasting time.
If you look at the other people on the list of famous procrastinators, you’ll notice other big names, including Leonardo da Vinci and Victor Hugo. From this point in time, it doesn’t seem like they were lazy. We should never justify our laziness with the fact that some successful people have been procrastinating, too.
Why are the most advertised Gold and Silver coins NOT the best way to invest?
The logic is pretty simple: You achieve more when you stop procrastinating. You do better at work and you have more time for yourself. The only problem is, it’s not that easy to resist the temptation of procrastination. But there is a way. Have you heard of the 2-minute rule that helps you get more productive?

The 2-Minute Rule That Will Change Your Life
Every single guide you’ve read on how to fight procrastination says the same thing: The hardest part is making yourself do the thing you need to do. You get an urge, deep inside, that prevents you from getting started. The moment we realize we need to gain time management skills usually occurs during college. Once we started writing an essay, the words were just flowing. However, we were usually putting the assignments off for so long that we were leaving ourselves with no realistic chances of writing the paper on time.
That bad habit follows us throughout our entire lives, and we have to stop it. The 2-minute rule is a simple solution that works. Here is how:
1. If a task doesn’t take more than two minutes, do it NOW.
That’s the most important principle to remember. It’s surprising how many things we can do in just two minutes.
Here are only few of them:
If we keep listing things you can do in two minutes, the list will be endless. The rule is simple: If you catch yourself thinking “I’ll send that email later,” fight that urge to procrastinate. Think instead, “It will only take two minutes… I’ll just do it now.”
2. If a task lasts longer than two minutes, break it down into steps.
You don’t think your life will be changed by making the bed as soon as you get up? It will. It’s all about the habit you’re developing. The habit that fights procrastination.
With this step, you’ll be taking things further. If the task takes more than two minutes, you should break it down into steps. For example, let’s say you’re writing an important report. You can’t get it done in two minutes. However, you can break the task down into shorter goals, such as:
If collecting the materials takes more than two minutes, you break down that goal, too. What can you do in the two minutes you have right now? You can get at least two documents. Get them. Once you get through that stage, you’ll be on your way to being productive. You’ll start, and that’s what’s important for getting things done.
How the 2-Minute Rule Works in Real Life
When you see it in writing, the 2-minute rule seems too simple, but in practice, that’s exactly why it works: It’s too simple to ignore.
You want to start eating healthier? Eat a banana, right now!
You want to be serious about exercising? Do one Sun Salutation. It’s enough to get your blood flowing in the morning.
You want to read more books this year? Start reading one right now! Two minutes are enough for the first page.
The point behind this principle is to get yourself started doing something. Once you take the first step, it will be easy to achieve the goals on your list.
Fonte
Posted by Dr. Antony P. Mueller at 11:40 Nenhum comentário: 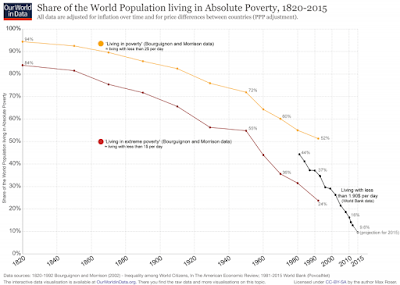 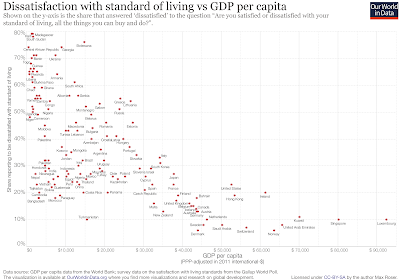 The Theory of Education in the United States

0 Views
0 Comments
Tags EducationU.S. HistoryPhilosophy and Methodology
11/17/2007Albert Jay Nock
[The Page-Barbour Lectures for 1931 at the University of Virginia.]

I - Introduction: Education vs Training

I may be permitted to express my great pleasure in the welcome which you have accorded me. I am, of course, very happy to accept it as the official welcome extended to a servant who is borrowed for the occasion by one university from another. I trust, however, that you will allow me to regard it also as the impersonal welcome offered by citizens of the great republic of letters to another citizen whose only credentials and recommendations are those with which his citizenship provides him. I may moreover, I think, be permitted to assume that this impersonal hospitality will be extended to cover the consideration of the subject that I have been appointed to introduce. The constitution of our republic recognizes no political boundaries, no distinctions of race or nation; our allegiance to it takes precedence over every local or personal interest. Our business here, I take it, is to consult about matters which seriously affect the welfare of our republic, and I may assume therefore that we are prepared to approach it in no provincial or parochial spirit, but in a truly republican frame of mind, intent only upon the interest to which our first allegiance is due, the interest of the republic of letters.
Posted by Dr. Antony P. Mueller at 11:22 Nenhum comentário:

""It's kind of shocking to realize the person known as the father of modern economics, Adam Smith, didn't think the pursuit of wealth was a very good idea," says economist Russ Roberts. "He thought it was corrosive, thought it was bad for you, thought ambition was bad for you, thought the pursuit of fame would destroy your character and your happiness, your serenity, your tranquility."
Roberts is the author of the just-released How Adam Smith Can Change Your Life: An Unexpect...ed Guide to Human Nature and Happiness, an extended and lively meditation of Smith's classic The Theory of Moral Sentiments, first published in 1759, years before Smith's better-known Wealth of Nations.

One of the most popular explicators of economic thought—and perhaps more importantly, the limits of economic thought—Roberts is a research fellow at the Hoover Institution, the host of the great podcast EconTalk, a regular presence on NPR, co-blogger at Cafe Hayek, and the author of a host of previous books (including three novels: The Choice, The Invisible Heart, and The Price of Everything). He is the co-creator of the wildly popular rap videos illustrating the ideas of John Maynard Keynes and Friedrich Hayek, which have been viewed more than 7 million times on YouTube. His personal website is here.
Roberts sat down with Reason's Nick Gillespie to talk about Adam Smith's relevance in both economic and moral arenas, the hubris of contemporary economists and the politicians who rely on them, the transformation of work from drudgery to a form of self-actualization, and how Adam Smith—a bachelor who lived much of his adult life with mother—just might help you live a happy life.
Ver mais

Russ Roberts: Adam Smith's Surprising Guide to Happiness (But Not Wealth)
"It's kind of shocking to realize the person known as the father of modern economics, Adam Smith, didn't…
youtube.com
Posted by Dr. Antony P. Mueller at 10:40 Nenhum comentário: 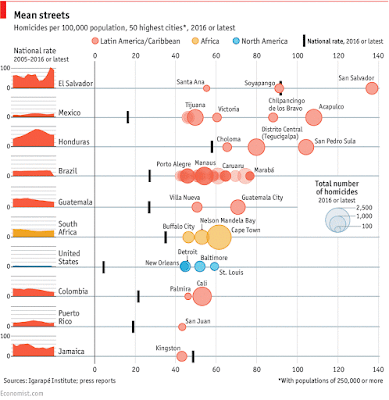 In Its New Factory, Impossible Foods Will Make 12 Million Pounds Of Plant-Based Burgers A Year | Fast Company
The exciting new plant-based burger that bleeds like real meat is scaling up to reach more customers: It wants to be in 1,000 restaurants by the end of the year.
fastcompany.com
Posted by Dr. Antony P. Mueller at 15:22 Nenhum comentário:

Dr. Antony P. Mueller
I teach economics at the Federal University of Sergipe (UFS) in Brazil. I was born and grew up in West Germany and obtained my doctorate (along with the post-doctorate degree of Dr. phil. habil. and the venia legendi) in economics from the University of Erlangen-Nuremberg. In 2007 I founded the independent think tank "The Continental Economics Institute" (www.continentaleconomics.com). Before coming to Brazil, I gained experience as an international financial market operator and held various academic positions in Europe and the United States, where I was a Fulbright scholar. My main research areas beyond macroeconomics are international finance, international political economy, monetary economics (central banking) and Austrian economics with an emphasis on the dynamics of unexpected change and dispersed knowledge, subject areas which throw me sometimes into metaphysical despair. e-mail: "antonymueller@yahoo.com"